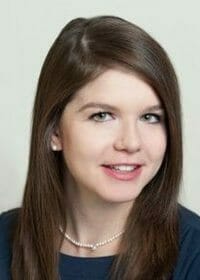 Prior to joining Bernstein-Burkley, Lara was a pro bono attorney with the Pittsburgh Refugee and Immigrant Assistance Center, a non-profit organization overseen by the Jewish Family & Children’s Service while working part-time for a Pittsburgh insurance defense and legal malpractice defense law firm.  While earning her Juris Doctorate, she was contributing Editor and writer for Juris, Duquesne University School of Law’s magazine as well as a legal intern with the Honorable Maureen Lally-Green, Pennsylvania Superior Court.