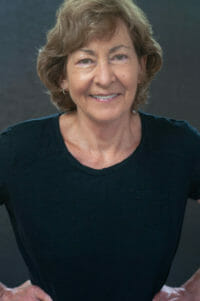 “Tenacity is one of my defining characteristics. As my clients can tell you, my willingness to delve deeply into the facts of a matter pays off with often unexpected benefits. My ability to apply the law to the facts with creativity has led to good results for those I represent. Overpreparing means being prepared.”

Just as bankruptcy law is known for reassessing and regrouping, so is Suzanne Jett Trowbridge. After enjoying a career as a teacher, she decided to pursue her lifelong dream to become a lawyer. Within two months of making this decision, she studied for and passed the LSAT and was accepted at WVU College of Law.

“In law school, I literally came to love the law,” says Suzanne. “The logic and analytical skills fit seamlessly into how my mind worked. My ability to view a case objectively serves clients well.”

Suzanne discovered that both teaching and practicing law draw upon common skills, including an ability to explain to and persuade an audience, be it students, another lawyer or a judge. In addition, practicing law requires constant learning, both of legal complexities and of myriad businesses and industries.

“While my practice focus is bankruptcy and creditors’ rights, I have on occasion had to learn other areas of the law. In representing a bank in an ERISA audit of its pension fund early in my practice, I learned enough of the intricacies of ERISA to sit across the table from a Department of Labor lawyer to negotiate a significantly reduced penalty. I have saved clients millions of dollars in state sales and income tax audits, including an oil and gas pipeline company, several small restaurants and an elevator manufacturer. However, later in my practice, it was creditors’ rights and bankruptcy that grabbed my interest. Bankruptcy law is overlaid not only on the businesses involved but also on state law.”

The forthright and trustworthy attorney considers her greatest accomplishment to be the ability to bring difficult cases to a satisfactory conclusion, like a seven-year bankruptcy related to an iconic horse racing farm, the recovery of fraudulent transfer through two courts and three grantees, and setting up a trust as part of a reorganization plan that enabled creditors to recover through an assignment of royalty interests on the debtor’s subsequent default.

“I have treasured the respect and trust of colleagues. Mostly, maintaining my integrity has given me great satisfaction.”

Suzanne has more than 30 years of professional practice, with a focus on:

As described by one colleague, “Suzanne can look at a case and then tell you, ‘This is what this case is about.’” She deftly identifies the strengths and weaknesses of a client’s position and works doggedly to protect their interests.

“Suzanne handled numerous, large bankruptcies for my company. All were handled with continued focus throughout the long process. Extra efforts were taken to assist in transactions, with finding that we had not obtained all the information prior to the bankruptcy. In summary, she is a wonderful individual as well as a lawyer who you can trust 100% to do the right thing.”

“I have known Suzanne for several years. I have much respect and admiration for her honesty and tenacious drive. Suzanne has handled several cases and bankruptcies for our organization. She is very insightful and thorough. The world needs more people like her.”