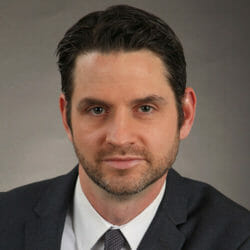 Mark is a partner in the firm’s Bankruptcy & Restructuring practice group.

Mark has represented secured and unsecured creditors in Chapter 11, Chapter 7 and Chapter 13 bankruptcy proceedings in many jurisdictions throughout the United States and has significant experience representing defendants in preference litigation and other bankruptcy litigation matters. He also regularly represents lenders and other lien holders in various execution actions, including sheriff’s sale and foreclosure proceedings in many of the counties throughout Western Pennsylvania. In addition, Mark has significant real estate title experience, having represented both buyers and sellers in commercial and residential real estate transactions and title insurance policy holders in title defense litigation.

Mark is recognized as a well-respected lawyer in his field, as is evidenced by being named a “Pennsylvania Rising Star” from 2005 to 2012 and a “Super Lawyer” since 2013 by Philadelphia Magazine.