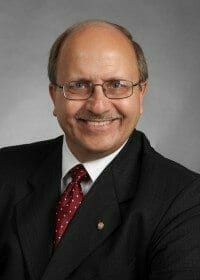 Krawec is a frequent lecturer for National Business Institute and Lorman Educational Services, as well as for local credit industry trade groups, on credit, collections and collection related topics. He is a member of the Allegheny County Bar Association (member, Bankruptcy and Commercial Law Section; past Co-Chairman, Military & Veterans’ Affairs Committee), the Commercial Law League of America (Past Chair, Creditors’ Rights Section), and he serves on the Education Committee of the International Association of Commercial Collectors. Mr. Krawec has been listed as a Pennsylvania Superlawyer, in the field of creditors’ rights since 2008, by Philadelphia Magazine. In 2013, Bernstein-Burkley, P.C. was given the ranking of a Metropolitan First Tier Law Firm in the areas of Bankruptcy and Creditor/Debtor Rights/Insolvency and Reorganization Law and in Litigation – Bankruptcy by US News and World Report – Best Lawyers.