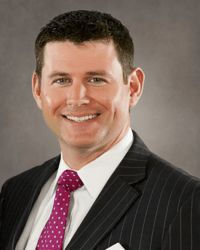 Kirk B. Burkley is Managing Partner at Bernstein-Burkley, P.C. The Bankruptcy and Restructuring group handles national cases and acts as an efficient, one-stop shop for our clients’ bankruptcy and restructuring needs. Kirk is experienced in representing secured and unsecured creditors in bankruptcy, financial restructuring and workout situations, including the representation of numerous unsecured creditors’ committees, equipment lessors, financial institutions and commercial landlords.

Kirk also advises clients on complex business transactions, drawing upon his experience in various areas of law to create innovative solutions for companies in mergers & acquisitions, real estate, and other corporate matters. He has represented owners, contractors and subcontractors in construction disputes, and regularly advises developers and lenders on large real estate transactions. Additionally, Kirk has developed unique experience in many facets of shareholder and board of directors litigation in different industries.

Kirk is certified in Business Bankruptcy and Creditors’ Rights Law from the American Board of Certification. He frequently appears before the United States District Courts for the Western, Middle and Eastern District of Pennsylvania, as well as the Pennsylvania state courts. He is also admitted to practice in the United States District Court for the Northern and Southern Districts of West Virginia.

Burkley heads the firm’s Preference Defense Team, a specialized group within the firm dedicated to the effective and efficient representation of clients against whom preference payment claims are made.

Kirk has quickly been defined as a well-respected lawyer in his field, as is evidenced by being named a “Pennsylvania Rising Star” from 2005 to 2012 and a “Super Lawyer” since 2013 by Philadelphia Magazine. He has been named as one of “The Best Lawyers in America” since 2011 by his peers in the field of Bankruptcy. He has lectured for the National Association of Credit Management (NACM), American Bankruptcy Institute and the Pennsylvania Bar Institute. He is a regular panelist for NBI and Lorman Educational Services on various legal topics. Kirk is also a regular contributor to the 5 Minute Legal Master Series, a video series where expert attorneys help people master important legal topics.