The Pittsburgh bankruptcy and creditors’ rights firm breaks precedent,
promoting the talented young attorney after only three years as an associate. 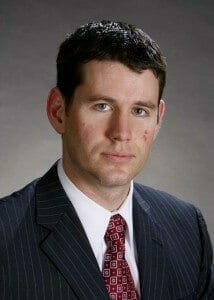 Pittsburgh, PA (February 2006)-Any time a lawyer achieves “partner” status, it’s a professional milestone. But when that lawyer is exceptionally young or a relative newcomer to his firm, it’s news. Bernstein-Burkley, P.C., has just announced the partnership of Kirk B. Burkley, a 28-year-old associate who has been with the bankruptcy and creditors’ rights firm for only three years.

“While we don’t have a partner track with specific requirements, it is unusual to promote an associate after so short a time,” says Robert S. Bernstein, managing partner of Bernstein-Burkley, P.C. “Partners are usually admitted after at least seven or eight years of practice. But Kirk has demonstrated exceptional abilities and aptitude-he is too much of an asset to our team and our clients to not make him a partner.”

Burkley, who concentrates in bankruptcy and creditors’ rights, was just named a 2005 Pennsylvania Rising Star by Philadelphia Magazine. All recipients of this designation-chosen by Pennsylvania Super Lawyers and through the independent research of Law & Politics Magazine -are 40 years old or younger or have practiced law for 10 years or less. Only 2.5 percent of Pennsylvania attorneys are named Rising Stars.

He also was recently appointed to the Board of the Allegheny YMCA.

Burkley earned his Bachelor of Science degree from Ohio University and his J.D. from the University of Pittsburgh School of Law. Part of his education was completed at the University of Haifa Summer Law Institute in Haifa, Israel . He was the 2002 Pitt Law recipient of the Center for Forensic Economic Studies Award for Excellence in Litigation.

In addition to Burkley, Bernstein-Burkley, P.C.’s partners are Robert S. Bernstein, Lori A. Gibson, and Nicholas D. Krawec. Founder Joseph J. Bernstein is retired but still consults with the firm.

“This is a huge, huge honor,” says Burkley. “I cannot begin to express how pleased I am to become a partner. I am completely committed to the mission of Bernstein-Burkley, P.C. and am privileged to work with such gifted men and women. I would like to thank the partners for this opportunity-and promise our clients that I’ll continue serving them to the best of my ability.”